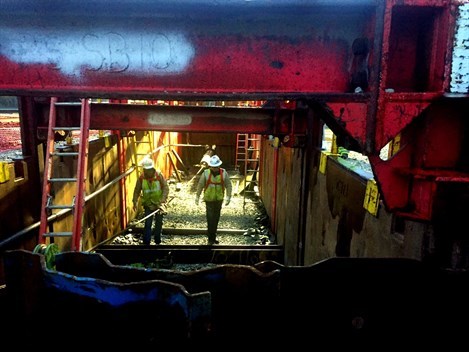 Rigging a winch to pull pipe through the casing

Product moving through pipelines, generates revenue that fuels pipeline transportation companies. As a preferred contractor, our customers recognize that we do our utmost to minimize downtime to their infrastructure. At times this can be very challenging. For example, a series of smart pig runs revealed, to one of our customers, that five sections of 16” pipe needed to be cut out and replaced. Four were on field bends and two were in casings crowded into a rail yard and a rail road crossing. 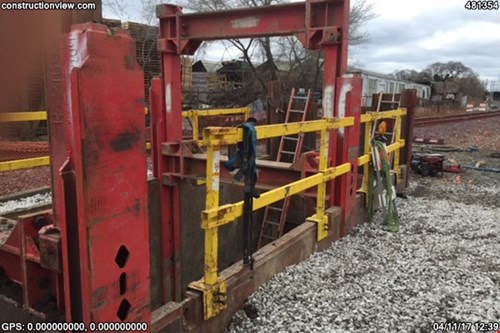 The project was not the usual, “Get everything prepped and excavated. Shut the line down, drain-up, cut-out, replace and fill up” proposal that usually occurs during a cut out project. In this case two sections of pipe were in casings. One under a RR crossing could be fabricated outside of the casing. Then during the cut out the old pipe would be pulled out and the new one pulled in and tied-in. But the most challenging was 300’ in a 1,000 foot casing. Where only a 40’ section on one end and a 10’ section on the other end, could be opened up.

Once it was cut loose the pipe could be extracted by cutting off 40’, sliding it, cutting another 40’ until the entire 300’ was out.

The new carrier pipe then had to inserted one stick at a time, moved into the casing with link seals installed and fixed in place, then another 40’ section was welded on and slid in place, until all 300’ of new pipe was in place. There was no room for welding errors on this project. In fact given our __ day timeline, there was no room for any errors.

Clearly, this RR casing site was the critical path. And our execution plan allocated resources onto this site to speed its completion. 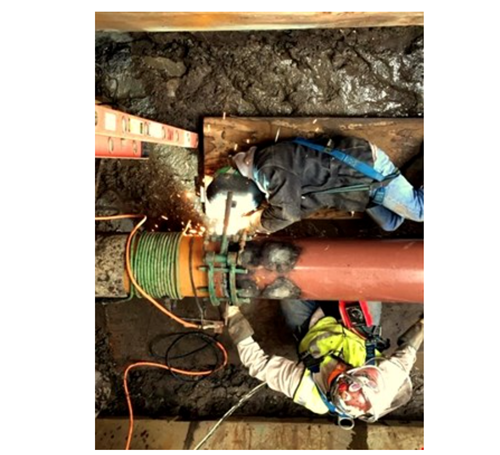 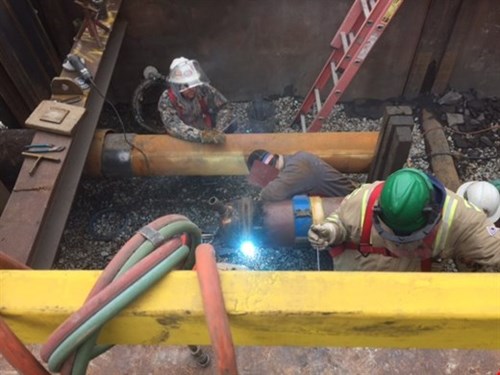 The safety plan was a key element to the success of this project. Major safety considerations centered on work zone protection from rail road activities and highway traffic. On one site the two lane road was reduced to one with traffic signals installed to controll the traffic in each direction. Proper use of PPE was another area that was emphasized and strictly enforced. Proper use of PPE's prevents many injuries that could slow or stop a project. Other considerations included slips, trips, pinch points and line of fire exposure. Power lines, walk bridges, pedestrial paths and bike paths all presented a way for the public to enter a work zone. All of these entry points were rerouted, flagged and signed. Workers were instructed to be vigilant and stop anyone from entering the site via these access ways.

The safety plan included specific tool box talks and cautionary coaching to crews on all of these issues. The lock out - tag out (LOTO) plan was also a very important part of the project. In addition our communication planwas an important contributor to the overall safety of the project and included a complete contact list, email updates, daily conference calls, among all stake holders in the project. Radios were employed where crew members had to coordinate tasks and were out of site of each other. At shift hand off several important steps were taken to bring the new shift up to date with the project, tasks at hand and the schedule for the evening shift. For the sites near commercial buildings, the building security and superintendents were informed about the project and received frequent updates.

The entire project took 40 days of work and this included all of the preparation work, installation of engineered shoring, opening up casings, fabricating bends, as well as the intense work of drain up, cut out and rebuilding the line.

Some project notes of interest:

This project required five crews a Superintendent, Safety Coordinator, and onsite Project Manager. Extensive coordination with the customer's construction inspector, safety team and operations team was completed prior to the start of work. During the project a heightened level of awareness was created by daily safety briefings, job task reviews and conference calls with all parties. The result of this, despite three weather days, was that the line was returned to our customer two days early. No safety incidents occured on this project.