When I-DOT and the Illinois Tollway planned to improve the Elmhurst Road interchange in Des Plaines, Illinois, they did it in a big way by selecting to use a Diverging Diamond layout, see https://www.youtube.com/watch?v=5gLxlXamhgY 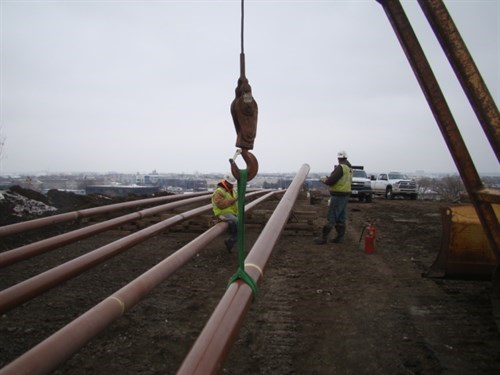 This type of interchange moves traffic on and off the tollway more efficiently but it is much wider, its entire length, than a clover leaf overpass. As a result, dozens of utilities in the area were impacted. Those utilities included water mains, gas mains, sewers and refined products pipelines carrying fuels to O’Hare field and to terminals for distribution to Chicagoland filling stations. 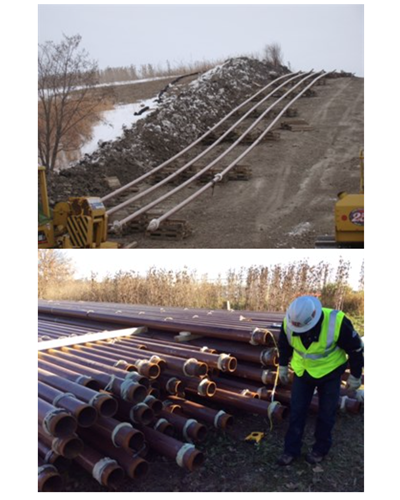 The area around Elmhurst Road and the tollway is extremely congested. Businesses and residential developments crowd the arterial roads and industrial parks. Despite this urban development, the existing stream drainages still form areas of designated wetlands near the freeway and interchange. Due to the nature of the development any viable corridor, like Elmhurst Road, is an underground congestion point for utilities carrying, power, fuel, water and sewer to users in the area. Those utilities are running very close to each other with several crossing points making excavation and shoring extremely challenging. 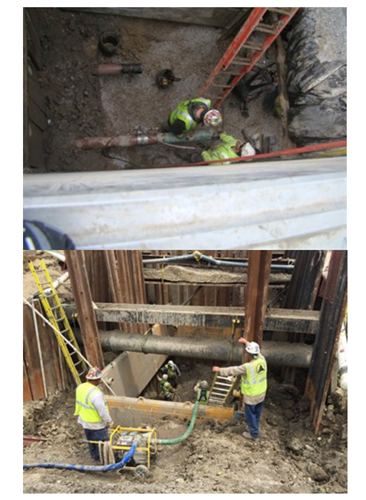 The utility companies began their tollway expansion planning and engineering work in late 2013 and thru 2014. RFQ’s were released in 2014 and awards were made the same year. Midwestern Contractors was the successful bidder on two major projects one starting in the fall of 2014 and the other scheduled to begin in early 2016. Both projects involved large relocation projects for refined liquids pipelines. This article focuses on two 6” lines that transited through the business, residential and wetland areas near the Elmhurst Road interchange. The diverging diamond plan caused a major relocation to these lines.  This particular project utilized three 1,800’ horizontal directional drills, deep shoring to access tie-in points (in some cases as deep as 30 feet), several miles of drill string welding and hydro-testing, and all of the excavation, placement, backfilling and restoration that goes along with such a project. The entire project took a full year to complete with much of the drilling occurring during the winter months. 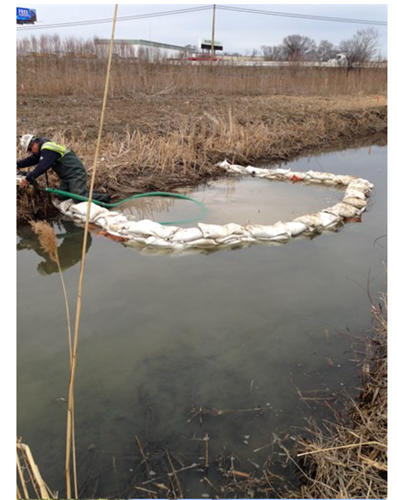 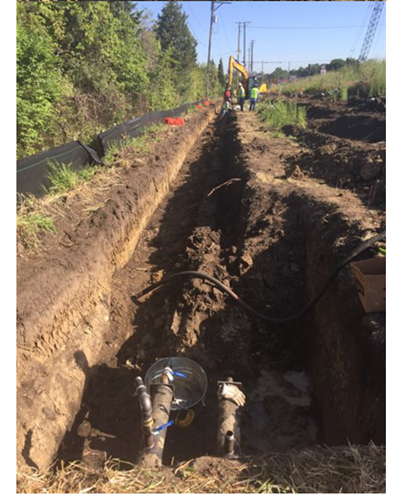 Crews had to accomplish their work while keeping traffic flowing, maintaining dry ditches, pouring and curing concrete and flowable-fill, in subfreezing conditions and many other challenges. The wetland areas were a particular focal point during the drilling. We created an Inadvertent Release Mitigation Plan that was put into place to deal with any unplanned releases of drill mud. Specialized equipment was immediately available, with portable vacuum rigs in order to deal with the release. Fortunately the occurrences were minimal, and the discharge small and easily contained.

The safety challenges in this project were significant. There were slip, trip and fall hazards. Snow and ice, and mud made conditions worse. Heavy equipment was in constant motion. The workspace was crowded and offered many opportunities for blind spots. Spotters and air horns were in constant use.  Pedestrian presence was everywhere.  Some of the shoring was over 30’ deep. Spoils could not be stockpiled near the excavation and hauling was constrained and tedious due to traffic and limited working room. The engineered shoring systems had to be installed properly and checked regularly. Over 81,000 man hours were spent on this project. Our job site analysis, tool box talks and overall relentless focus on safety made this project a safety success. Thanks to our safety team and the safety culture of our employees we executed the entire project without incident. 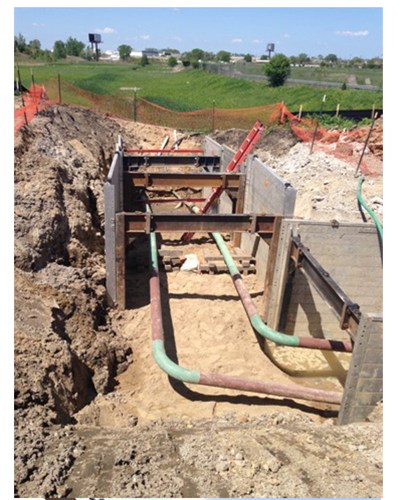 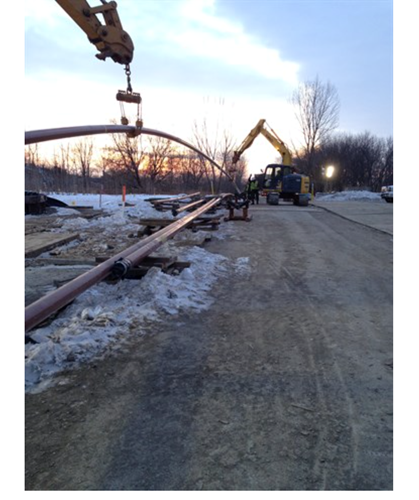 Late summer and early fall of 2015 was used to remove all of the old pipe, restore work areas, pavement, and roadways, and reseed wetland areas. By September the project was complete and fully restored.

If you are in Chicago and happen to drive near Elmhurst Road and the I-90 toll way you will not see our work in the hidden jungle of underground utilities but you will enjoy more efficient access on and off of I-90 because of a Diverging Diamond interchange. 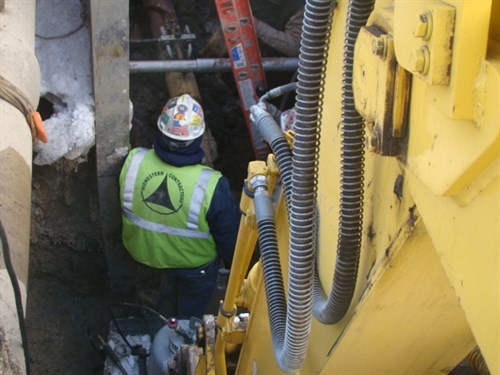