December in Northern Illinois & Indiana usually brings freezing weather and light snow. This year has been different. With a strong El Nino Southern Oscillation (ENSO) in the Eastern Pacific Ocean our weather has been moderated. Integrity work on a 20" line was proceeding normally until the line was exposed. The corrosion that was measured was worse than anticipated and the decision was made to cut out several sections. The down time on the line had to be minimized. All fabrication work was done ahead of the drain up. 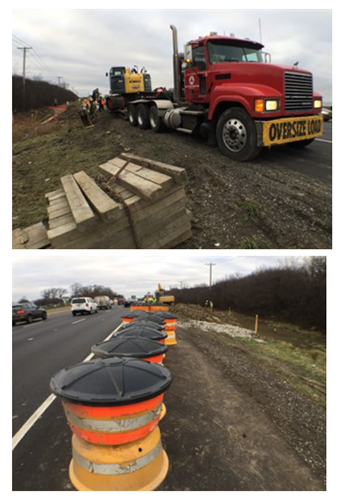 Parts of the line were adjacent to a busy four lane highway. DOT traffic control plans and permits were obtained by Midwestern Contractors, and excavation began. Some dewatering was required to keep the ditches dry. Trench boxes were set and gravel was placed in order to create a firm working surface. Our crews assisted with the drain up and the line was cleared as scheduled. 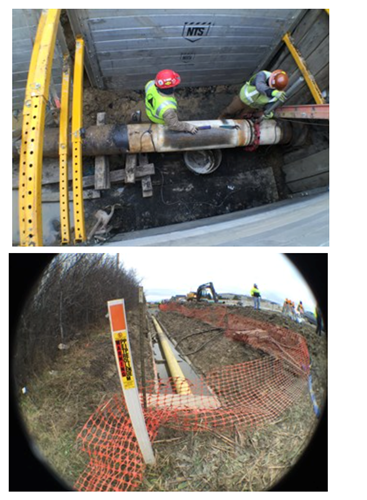 Tapping crew came in to verify that the line was clear and the cut outs began. Some casing material had to be removed on one site but overall the entire cut out and tie in project took a day and a half. Counting drain up the line was out for two days. 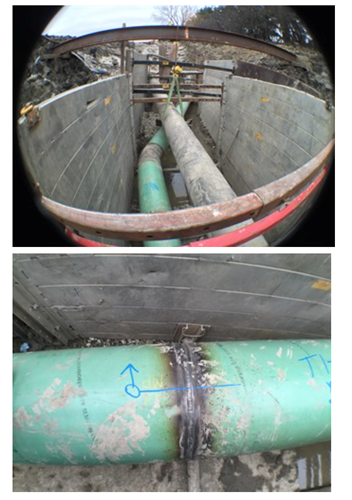 All weld coating (DensoTherm), trench box removal, back filling and restoration will proceed normally. Three crews were working on this project. Traffic control was executed with no issues. There were no safety incidents. All part of the pipelines services provided by Midwestern Contractors.